Obamacare, also known as The “Patient Protection and Affordable Care Act, while a small step forward, is based upon a Heritage Foundation health care legislation recommendation for the Republican Party/conservative agenda.

Obamacare serves the people a small amount of good at the cost of a permanent requirement to earn and pay enough for health care based upon their probability of getting ill (with the costs skewed towards the young). The problem with that is that nobody’s earnings are based upon the work one does but instead is based upon the amount of capital one already has, their economic class, their social class, their skills, their talents, and the work one does. The obvious assumption here is that everyone deserves the same quality of healthcare.

Obamacare was probably the best we could have reasonably expected without the man getting JFK’d. (assuming he’d vetoed the bill when it was finally passed so he could use the leverage that the American Public had/have over congress to get more favorable legislation for the lower 98%/lower classes)

Obamacare is largely a corporate giveaway because it requires every American to purchase PRIVATE insurance instead of having PUBLIC insurance, hence giving the insurance companies more leverage for the PROFIT motive instead of REDUCING COSTS overall to both the American PUBLIC and American GOVERNMENT.

Bernie stands up for the people. 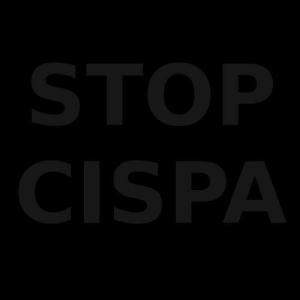 The Cyber Intelligence Sharing and Protection Act (CISPA) is a bill going through the US Congress right now.  The goal of CISPA is to allow the US government to more effectively police the internet. Legislators have been trying to get a bill of this nature signed into law for many years, and in fact did try to pass a previous version of this same bill in 2011.  It has been reintroduced by Representative Mike Rogers of Michigan’s 8th district.  North Korean hackers, Wikileaks, and even the Boston bombing have already been used to justify the reintroduction of this draconian bill.

The problem with this bill is that it would allow the U.S. government to collect personal information about online users from companies without having to issue a warrant.  In other words, they don’t need to have any proof or a valid reason to investigate you to get information about your browsing habits, what websites you visit, how often, what you say, and who you interact with.  There is even a provision in the bill would allow US companies to require employees to give them the passwords for their social networking accounts (for websites like Facebook) according to the Huffington Post. That is my understanding of the proposed law.

President Obama has vowed to veto the bill unless better privacy rights are not incorporated into the bill. I wonder what President Obama considers acceptable protection of privacy and if his requirements would actually be adequate. This sounds to me like posturing to satisfy his political base. I would wager that if congress makes some largely superficial changes to the bill to make it sound better our dear leader will sign it into law.

In my experience, a good indicator that something is wrong with a bill is that the ACLU opposes it. They have extensive information about the bill.  Wired has also written a good article about the issue.

Anonymous has asked the internet community to blackout their websites.  Almost 400 websites have joined in their protests; but sadly none of the big movers and shakers like Google, Wikipedia, Twitter, or Facebook have taken part (clearly WordPress.com hasn’t).

If you would like to protest this bill here is a petition to the whitehouse and a petition from the ACLU to strike down the bill.

What if the only way to see the truth is to watch the right, the left, the center, the “radicals” on all “sides,” disregard most of what they all say, and then figure out the truth on your own based on a broad view instead of a narrow one? What if Denis Kucinich is the left’s version of Ron Paul and was just as valuable?  What if that’s the reason both of them were ignored and deemed radicals who were unelectable   What if we can agree on this? Wouldn’t that be nice.

I do not agree with everything Napolitano says, but there is a whole lot of truth to what he says.  I do not agree all his stances such as his views on abortion (pro-life) or on gay marriage.  That doesn’t mean he doesn’t see the big picture.  Don’t let the details deter you from seeing the broad strokes. 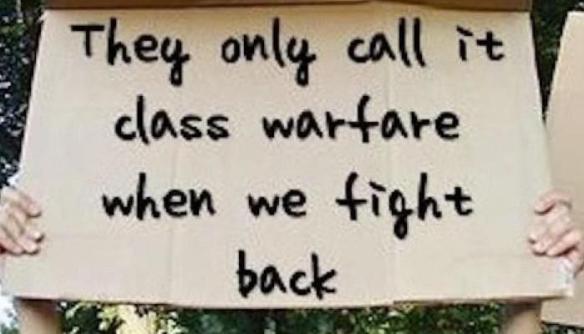 “Prominent Democrats — including the President and House Minority Leader Nancy Pelosi — are openly suggesting that Medicare be means-tested and Social Security payments be reduced by applying a lower adjustment for inflation.  This is even before they’ve started budget negotiations with Republicans”
An excerpt from his blog post.

There is another thing Mr Reich is wrong about.  WE NEED CLASS WARFARE, and he’s an appeaser because he doesn’t recognize the Democratic Party as the bunch of plutocratic lapdogs they are.

Something is wrong with our country when it fights for our “freedom” and the “freedom” of others by continually restricting the freedom of its own citizens and bombing citizens of other countries.

There were many things liberals enjoyed hearing said in President Obama’s 2013 State of the Union speech.  There were even more things that liberals should have noticed that weren’t in the President’s speech.

One thing I did notice in that liberals should be outraged about is the increased rate of oil drilling and the reduction in regulations – especially after the gulf oil spill; but the public seems to have conveniently forgotten about this tragedy and focused more attention on the daily fluctuations of gas prices.  The memory hole is always so close at hand here in America.

He is indeed a great compromiser.  He has compromised the values he was elected to uphold.  He has compromised the liberty of his citizens for the promise of more security.  He has compromised with the far right to pass mediocre center-right legislation left and right (pun intended).  He quotes Reagan constantly and I think there is a reason.  He behaves a lot like Reagan.  Ladies and gentlemen our president is equivalent of a Republican from the 1980’s.  That is how far our country has drifted in the last 30 years.

Republicans should think of a new word to describe their party and the far-right position on the political spectrum it holds because their previous position has been usurped by the Democrats and their President.  Perhaps the lesser of two evils was in fact the greater of two evils.  Would the Democrats in Congress would have allowed all this to happen if a Republican had been in office?  Wouldn’t they have filibustered the Patriot Act?  Wouldn’t they be demanding that American citizens be given due process by the courts rather than allow them to be killed abroad with little more than an executive committee masquerading as their constitutional right to ‘due process?’  Since ‘their guy’ won the Democrats in congress and the Democrats in the public are more than happy to endorse almost anything ‘their guy’ says is in their interests.

Divide and conquer has worked again America.  The liberals have been thrown a few bones.  The push for a higher minimum wage (which over the long-term does not fix structural economic problems and ends with the same levels of poverty).  The push for woman’s rights.  Gay rights in the military.  A health care law that was authored by the Heritage Foundation and is as much a corporate giveaway as it is means of giving the public insurance.

Yet overall the warmongers, the bankers, the military-industrial complex, the prison-industrial complex, pharmaceutical industry, the insurance industry, the international corporations, the lobbyists, and the moneyed elite have won again.  For allowing this to happen I can do nothing more than voice my opinion, disperse relevant facts, and admonish the American public for its inaction.  In other words, for shame America.  Wake up.  The two-party system is a joke.  At the very least we need a third-party that represents the interests of the actual left.  We need a more engaged citizenry.  We need a better educated public (and by this I don’t necessarily mean by educational institutions – read a book dummies).  We nearly need a miracle.  This is the downward spiral.

Who and what will lead our nation back from the brink?  We must risk something now while we still have the resources to risk or soon we will end up penniless and landless sharecroppers on the land of our forefathers (and the American Indians before them).  Speak out!  Protest!  Contribute in whatever way you can!  The longer we wait to act, the less power we have, and the easier we are to subdue.  I’d rather we took action now.  It will only get harder to reverse these trends as time goes on.